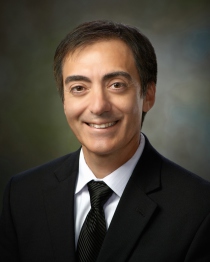 Enrique M. Barquinero practices law in the greater Jacksonville, Florida Area. Among his areas of practice are Criminal (State and Federal), Immigration and Family Law. Combining his heritage and extensive education, Enrique provides zealous representation and compassionate client care. He is thoroughly committed to defending his client’s rights.

Enrique’s education began at Los Angeles Valley College. While in college, Enrique worked as a Child Care Specialist, teaching emotionally disturbed children. Working with children with extremely difficult lives led Enrique to become more involved and understanding of people’s needs. Enrique eventually graduated from California State University at Northridge with a Bachelor’s degree in Psychology and a minor in Literature.

Enrique then took a new challenge and went back to school to study biology and chemistry. He then moved to Memphis Tennessee.

In Memphis, life took a new path for Enrique; he was offered a position at the University of Memphis Master’s Program in Romance Languages and Literatures. Due to his passion for Culture and Literature, Enrique accepted. Three years later and with teaching experience, Enrique graduated with honors. Upon graduation, Enrique took one more step forward toward to further his education, he moved to Jacksonville, Florida where he applied and was accepted at Florida Coastal School of Law. He graduated from Law School in 2001.

Enrique’s passion to defend his client’s rights makes him an aggressive and charismatic attorney who is able to represent the best interest of all his clients regardless of the forum.